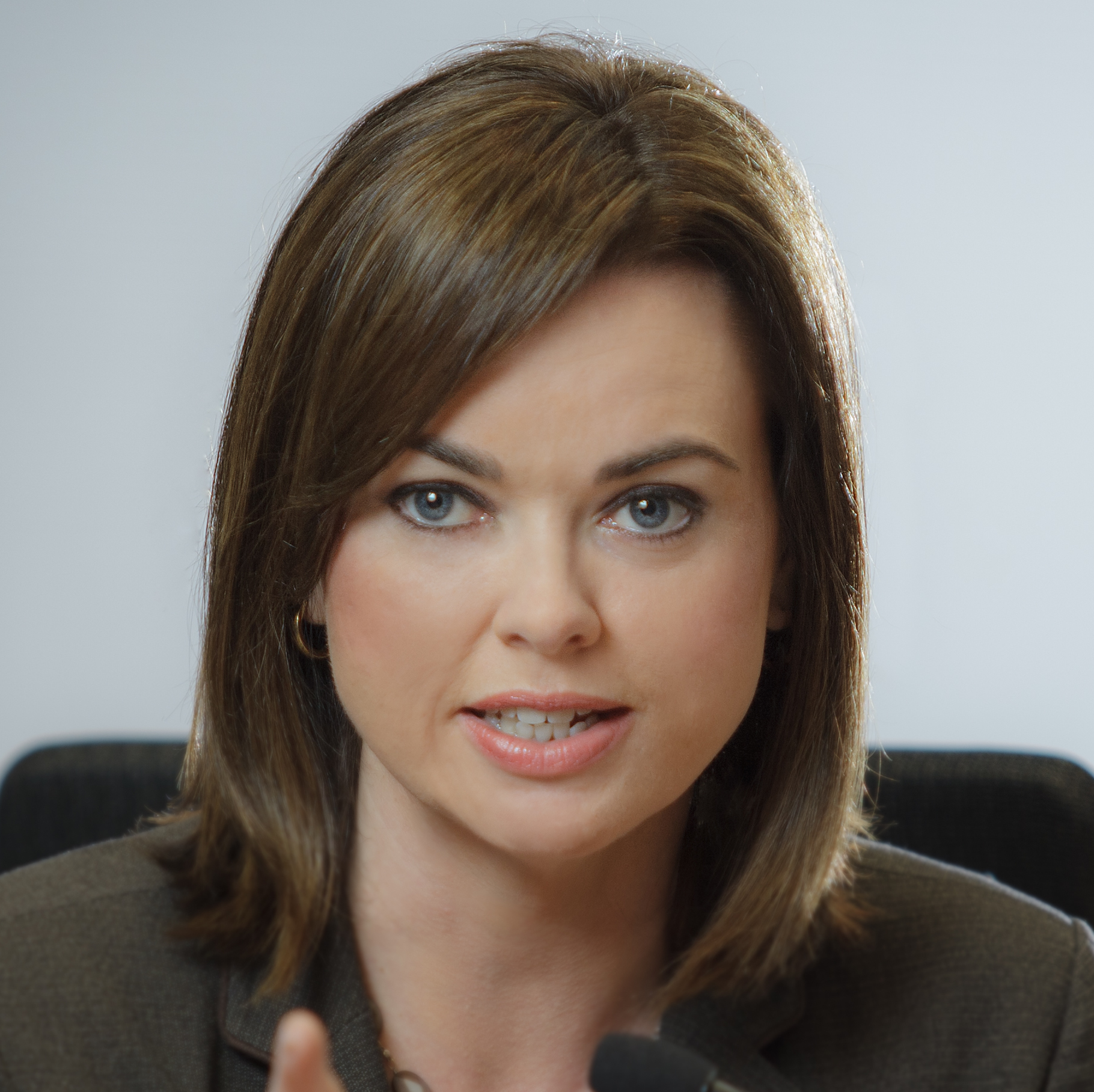 Today the Fredericksburg Free Lance-Star unsurprisingly published a their endorsement of House Speaker Bill Howell. The editorial team noted that:

“Howell’s representation of people in the Fredericksburg area and his approach to leading Virginia has earned the support of many, including The Free Lance–Star editorial board. As speaker for the past 13 legislative sessions, Howell has worked with Republican and Democratic governors to move Virginia forward, although haltingly at times.” 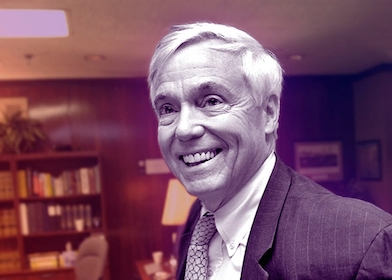 Though the editorial team notoriously skews liberal, they do take an interest in being fair. Consequently, juxtaposed with the paper’s own endorsement of Howell is your humble correspondent’s endorsement of Stimpson.

We applaud the FLS editorial board’s previous editorials taking Howell and the Richmond establishment to task on issues of openness and transparency. Obviously, where we differ is on issues that distinguish liberals from conservatives. That’s why First District Republican Chairman Eric Herr, Fredericksburg GOP Chairman Michael Hirsch, and Spotsylvania GOP Chairman David Ross have all backed Stimpson over Howell.  And that’s why today I have joined them.

The full text of my endorsement is below.

Some of our elected leaders feel that they are beyond the accountability of the people who sent them to Richmond. These privileged few campaign one way to the voters back home, and then vote a different way when in Richmond, knowing that—through power and influence, through strategic misdirection, and sometimes through sheer brazen dishonesty—they can always wiggle their way out of liability for any misdeed.

It is with great disappointment that I thus greeted Del. Bill Howell’s latest well-funded message that he’s a “proven conservative leader” because he passed up on so many opportunities to hike your taxes during his decades in Richmond. Howell wants you to forget that he was the driving force behind the last three big tax hikes in Virginia. Forget those mistakes, he says, just look at all the times I kept my promises.

As speaker of the House with a Republican supermajority, Howell is arguably the most powerful man in the commonwealth. Nothing passes the General Assembly unless Howell lets it pass. But he didn’t use that power to show “conservative leadership” in 2004, when he pressured key anti-tax Republicans to skip a vote so the tax hike he favored could pass out of committee and eventually become law. Instead, he claimed to be against that tax hike, hoping that in time voters’ memories would fade.

Soon, Howell pushed through another big set of tax hikes in 2007, and then in 2013 became the engineer and the architect of the largest tax increase in Virginia’s history.

How did he manage to get that massive tax increase past the Republican majority in the House of Delegates? Was it through “conservative leadership?” Not quite. He and former Gov. Bob McDonnell couldn’t get the Republican votes they needed, so they made a deal with Democrats on Medicaid expansion. .

Yes, that’s right. To convince enough Democrats to vote for his tax hike, Bill Howell had to entice them with a path forward on Medicaid expansion. Unbeknownst to most House Republicans other than those working for Howell on the secretive budget conference committee, language was inserted in the budget that, according to The Washington Post, Gov. McAuliffe was later relying on to expand Medicaid on his own.  Perhaps Sen. Tim Kaine let the cat out of the bag when he said last year that Republican leadership in the General Assembly actually wanted McAuliffe to do this so they could get Medicaid expansion without any Republican fingerprints on it.

After months of Kabuki theater on Medicaid expansion, at the last minute conservatives in the Senate  discovered and exposed this language, and started a grassroots uprising that forced its removal before the budget was passed. Howell had earlier killed conservatives’ attempts to fix this Trojan horse language in the House. Ever the paragon of “conservative leadership,” Bill Howell now claims credit for stopping the governor.

Now you know why Bill Howell is so adamant about telling everyone in his district that he’s a conservative tax hawk, and that he led the fight against Medicaid expansion. He wouldn’t want you to get the wrong idea, you see.

That’s not “proven conservative leadership.” That’s emblematic of a pattern of cynical manipulation of the voters to assist in the accrual of more power to a single man who repeatedly uses that power to abuse the trust voters have placed in him.

It’s time for a change in Richmond. The people of Virginia deserve better. They deserve conservative leaders who keep their promises and vote like they campaign.

Susan Stimpson ran for office in Stafford County on a platform of keeping spending under control and rolling back taxes. That’s exactly what she did, even over the foot-dragging opposition of some of the men who now support her opponent in pursuit of political favors and campaign donations.

Only one candidate in this race has kept her promises to conservative Republican voters. The choice is clear. Vote Susan Stimpson.

Steve Albertson is chairman of the Stafford County Republican Committee. These opinions are his own.

Full Disclosure: Bull Elephant Media was contracted by the Stimpson campaign in 2014 to build her campaign website. This fact was also disclosed to the editors of the Free Lance-Star.

How’s ol’ Susie’s lawsuit coming along? Cuz ya know….that’s how ya win….sue yourself to victory.

Speaker Howell has had a long political career generally based on the simple, sole effort of “misdirection”, say one thing, do another, claim one set of facts, engage in conduct that in actuality rejects them, it’s a type of benign, creeping web of falsehoods and misrepresentations, delivered with an avuncular smile and a charming, false sense that all is well, that disarms far too many voters. It has become so second hand in nature to the Speaker’s persona that increasingly he has felt it necessary to only engage in half hearted attempts to camouflage the true reality, using instead ridiculous rationalizations and excuses to justify carrying himself as something he clearly is not – a Virginia conservative. Like a sports figure that has stayed past his prime Speaker Howell appears to have grown tired of the game and even his most ardent fans must see the decline, but he just can’t step aside. The voters of the 28th District are going to have to remove that decision from his hands and pass the seat to fresh political talent. In the end this is the best for everyone, the State and Mr. Howell.

Anybody wanta bet how long it will be before Speaker Howell is doing campaign commercials for the Democrats?

Perhaps we should have some sort off poll to guess the date of his first Democrat campaign commercial, with a prize to go to the winner?

Is it possible that Speaker Howell will team up with John Chichester, and they will do a campaign commercial for Hillary?

I think these are legitimate questions that need to be answered. Is Speaker Howell willing to pledge to never do commercials for the Democrats?

I guess it would be difficult for someone to pledge not to do commercials for their own party?

It’s cliché and it’s a worn out aphorism, but “tell me who your friends are, I will tell you who you are”. Bill Howell is the Democrats’ favorite Republican. Those conservative voters in the 28th, who are still undecided, should ask themselves these two questions: (1) Why do so many Democrats love Bill Howell? And (2) Do the Democrats say nice things about Mark Cole? Nuf sed.

So tired of the meaningless catchall … “moving (fill in the blank) forward.”