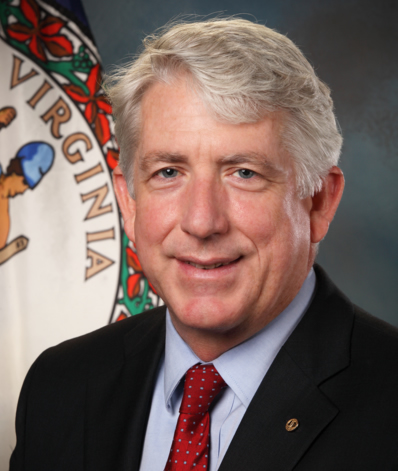 Pretty good analysis, but I wouldn’t count on Herring’s appeal being dismissed for lack of standing (though it should be). Remember that the Court ruled upon the Second Circuit case against DOMA even though the United States also sought affirmance. The rot in the far-Left Bar starts at the top, and he’s following Eric Holder’s script.

You are right, it won’t be dismissed for lack of standing. McQuigg will file a procedurally proper petition for writ of certiorari which will likely be granted. Herring’s brief will likely be treated as a response to the petition.

You are also right about the Windsor Case following the same pattern. The difference here will be that McQuigg and her counsel are not about to let Herring control the writ of certiorari process.

on this blog, this comment will be heresy. No matter what AG Herring does or does not do; no matter whether this decision is stayed until the Supremes make the ultimate decision; & no matter the gnashing of teeth by the Family Foundation & those Christians who believe that homosexuals need church discipline (what is this, by the way? stoning? genital mutilation?), gay marriage will soon be legal across these United States.

Thank you. There are real, way more important issues to deal with.

Heck, I’m still waiting for Jeanine Martin to answer my question from the last thread on this issue.

So say the lib clown!

You speak as a clown why would a church decipline a gay person?

Kelley,
I agree that gay marriage will soon be legal across these United States, and fighting that is not even remotely the point of this post.

My point is that Herring is openly advocating against his own client, he is attempting to co-opt the true heroes for Bostic, London, and other gay individuals in Virginia, and that in Herring’s zeal for a legal/political position he did not know he had until January 2014 he has filed a procedurally nonsensical petition for writ of certiorari. In other words, he is bad at his job.

Counsel for Bostic and London have had to deal with the ACLU of Va. getting in their way. Now they are likely united in competing with the ego of Herring.

Herring should be disbarred for his perfidy.

Paul, I got your point. Its just that this is almost a dead horse which we should stop beating.

Is church discipline anything like Chris Culliver’s reeducation ?
Culliver’s remarks disapproving of homosexuality were contrary to the secular liberal definition of what you are allowed to think and say if you are a public figure. Thus, Culliver was threatened and made to acknowledge he was wrong and he is to be re-educated through “sensitivity training” by homosexuals so that he will understand that homosexuality is normal.

The most troubling aspect of the case of the re-education of Chris Culliver is not so much the subject matter, but that it is one more example in a rising tide of liberal intolerance for dissent from their secularist canon.