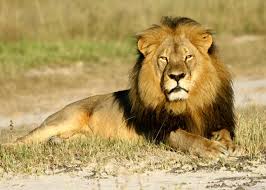 Outrage Over the Death of an Animal, But Not Planned Parenthood’s Butchery

Today a shocking fifth video was released by the Center For Medical Progress in the ongoing Planned Parenthood scandal. The sickening video shows a Planned Parenthood executive discussing “financial gain” related to the practice of selling fetal body parts.

The abortion provider’s staff is later seen casually observing the remains of aborted children in a lab. The scene is unbelievably graphic and closely resembles an earlier video where a Planned Parenthood employee is heard cracking open a dead child’s skull with a scalpel.

Meanwhile, the United States and the world has become outraged over the killing of a lion named Cecil by an American hunter in Zimbabwe.

Let me say that again. While footage is being released showing the brutal details of Planned Parenthood’s practices, the world is having a conniption over the death of a wild animal. Late night TV host Jimmy Kimmel even choked up during his broadcast while discussing the lion’s death and subsequently urged viewers to contribute to a wildlife conservation group.

Is Planned Parenthood’s apparent death-profiteering not worth shedding any tears over? As more information about the horrific practices of Planned Parenthood comes to light, the silence of everyday abortion supporters is undoubtedly notable.

While the liberal media and a sizable portion of our nation mourns the death of a lion, few express equal outrage over the atrocities committed by Planned Parenthood against human beings. Perhaps we are too busy tweeting about the killing of an animal in southern Africa.

As if the act of abortion wasn’t terrible enough, the scandal has served as a poignant reminder of how much federal funding Planned Parenthood receives each year. In fiscal year 2013 alone, the abortion provider received roughly 45 percent of its net revenue from U.S. taxpayers.

Defenders of Planned Parenthood argue that the law prevents Federal funding from being used to directly provide abortions.

Former Congressman Ron Paul countered this argument expertly in a recent column, saying “…money is fungible. Giving Planned Parenthood $100 to use for non-abortion activities allows it to spend an additional $100 of its non-government funds on abortion.”

Should we trust the leading provider of abortions in America with a single tax dollar? As a pro-life individual, I contend no. That being said, this issue will ultimately come down to one’s view of life. Is an unborn baby a human being, or a meaningless clump of tissue? I have chosen the former. I pray you will too.

Outrage Over the Death of an Animal, But Not Planned Parenthood’s Butchery was last modified: August 9th, 2015 by Guest Contributor Anthony Defazio

Here is a related tale. Many years ago I had a girlfriend, “Katie”, who attended Cornell. I looked her up on Face Book and we enjoyed catching up with each other. About 8 years ago I sent out on FB a tale of my having accidentally stepped on a dying mouse after it had ingested Decon. Well, Katie went crazy with one FB rant after another about how I should never use Decon because what it does to the insides of a mouse. I could understand her concern, but guess where Katie had worked for five years. That’s right. An abortion clinic.

Those raising heck of over this: are you an organ donor?

One more chance for the left to trot out the tired old shibboleth that Republicans want to take away women’s reproductive health rights … a ridiculous statement, but apparently many women (and men) fall for it. Margaret Sanger and her partners in eugenics must be proud.

I’m tired of this horsecrap that tries to conflate the death of a lion with Planned Parenthood. It’s a disingenuous logical fallacy. Outrage isn’t a zero-sum game.

Abortion is horrible but is going to happen whether Planned Parenthood gets money or not. You can’t stop abortion from happening through legal means.

You are tired of the comparison because it makes you uncomfortable. That’s the whole point. You are right. Outrage is not a zero-sum game. The point is that people are spending hours of television time and gallons of ink expressing outrage at a hunter shooting a lion, yet the ghoulish behavior of Planned Parenthood chopping up children and selling the parts, or delivering babies intact, then killing them and selling their corpses, is met with either indifference or a full throated defense of Planned Parenthood.

“Abortion is horrible but is going to happen whether Planned Parenthood gets money or not. You can’t stop abortion from happening through legal means.”

We may not be able to stop abortions from happening, but we can take the $500 million that goes to Planned Parenthood and give it to legitimate health care clinics that don’t perform abortions. We can pass laws banning abortions after 20 weeks and give more children a chance at life. We can pass laws mandating stricter health and safety regulations at abortion clinics so that we don’t have another Kermit Gosnell.

Or we can waste more time whining over a dead lion.

It doesn’t make me “uncomfortable”. It makes me pissed off when someone tries to make a tangential (at best) flawed connection to two totally unrelated topics.

The 20-week abortion ban sounds great, but in reality it’s a very small percentage of abortions that are done after 20 weeks. As for the “stricter health and safety regulations at abortion clinics so that we don’t have another Kermit Gosnell”, that was horsecrap as it came to those now-dead Virginia regulations. How many “Kermit Gosnells” were there before and how many are out there now?

If you want to try and ban abortion, make your attempt straight-forward and direct. When you lose (and you will), it will be solely on the merits of your argument.

Seems like banning taxpayer money from the killing of the unborn and from supporting them lawbreakers at PP are what most are discussing, not banning abortion. Talk about trying to connect two totally unrelated topics. Do you do the double standard tango much?

I’m so sorry you are pissed of because people are pointing out the logical disconnect of the American Liberal mindset that is more upset about a dead animal than dead babies being chopped up and sold for parts, but if you say you cannot see the connection between the two topics then I have to question either your mental acumen or your honesty.

“The 20-week abortion ban sounds great, but in reality it’s a very small percentage of abortions that are done after 20 weeks”

Great! Then we can ban them without any problems, right?

“How many “Kermit Gosnells” were there before and how many are out there now?”

I don’t know, because nobody wants to regulate these abortion mills. There are more safety regulations for tanning beds and barber shops than the abortion industry. How else do you think Planned Parenthood has been breaking the law with impunity for all these years? Nobody is watching them.

“If you want to try and ban abortion, make your attempt straight-forward and direct”

Incremental steps towards your goal while educating people and bringing them to your side are the keys to success.

It is funny how the death of an animal can become the reason for so much angst while the deaths of almost 58 MILLION babies can be practically overlooked. Without a doubt, animal nuts are about as loopy as them manmade global warming/cooling/climate change nuts.