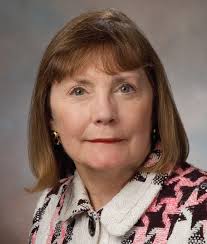 Senator Linda ‘Toddy” Puller will retire after 23 years in the Virginia General Assembly. [read_more] She was first elected to the House of Delegates in 1991 and the state Senate in 1999. She is the widow of the Pulizter Prize winning Vietnam veteran,Â Lewis B. Puller Jr.

Republican Mayor of Dumfries, Jerry Foreman, has said he will run for Puller’s seat this year. It is a heavily democrat district.

Hmm, her famous Father-in-Law, “Chesty,” wasn’t a liberal, was he? I really hope not!

I heard that during the elections, her campaign had a “Plan B”, which was in case the candidate died, because she is in such poor health. Sounds like a good time to retire and spend more time with the family enjoying life.