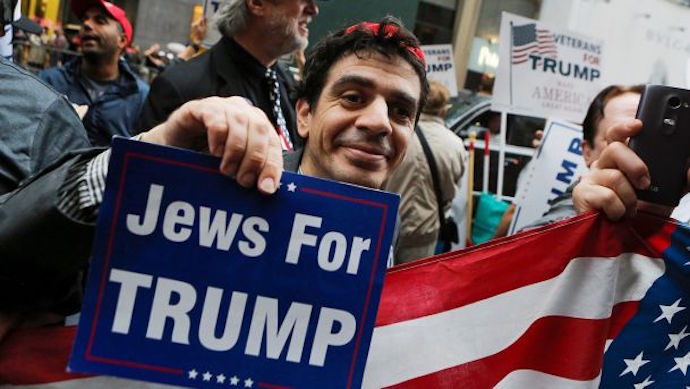 Thoughts from another Member of the Tribe

Adding to Mark Jaworowski’s excellent disquisition on Jews and Conservatism

I appreciate Mark Jaworowski’s very fine two-part series on  Understanding the Ashkenazi, which focused on why Jews steadfastly support Democrats and liberal causes.

As a fellow “Member of the Tribe” (what Jews call each other), this issue has fascinated me for years  because from time to time, many of my fellow Republicans ask the question: “Why are Jews so Liberal?”  Norman Podhoretz wrote a book with that title, in which he notes that like other European ethnic groups, Jews were poor and supported unions and socialist causes as a means of achieving greater freedom and acceptance in American society.

Despite the fact America and its Constitution benefited immigrants so much, there were still a number of us who felt taken advantage of by the “bosses” (as socialists like to call employers) and slum lords.

So, like the other lower class ethnic groups, we supported the Democrats and FDR, in particular, despite the fact he did little to save millions of European Jews from extinction. But the die was cast with the Rosenberg case and McCarthyism in the early 1950s.  That pretty much killed Republican chances to get Jewish votes — although it was a Jewish judge that sentenced the spies to death.

Even having a half-Jew on the presidential ballot in 1964 – Goldwater – we did not vote for him in great numbers.

But as Jews moved up the economic ladder, we assimilated and started dropping our religion. Today, I think fewer than 40% of Jews are members of a synagogue. You will find that Orthodox Jews vote Republican and some Conservative Jews, while Reform, Reconstructionist, Humanist and secular Jews stick with the Democrats.

Ronald Reagan managed to get 36% of the Jewish vote in 1984, according to exit polls, but that was a banner year for Republicans.  However, because of the Republican Party’s growing embrace of Christian conservative causes (notably on abortion), as a group we started to drift back toward the Democrats.

The Republican Party’s embrace of traditional values and the influence of Christian conservatives in the party has kept a number of Jewish voters in the Democratic camp, despite the fact Republican policies have defended Israel and religious freedom, fought a war against terror and pushed lower taxes and less regulation on business (i.e., reduction in the “death tax”).  Well, most Jews don’t credit these policies, and unfortunately, a number of Jews see every conservative as a neo-Nazi.

But maybe this is what we can call “The Ashkenazi Paradox.”  Mark addressed it when he posited:

Good questions.  I can come up with more.

Podhoretz, who signed my copy of “Why are Jews Liberal” at a lecture I attended, said American Jews “just do not fight for their best interests.”  He surmised we have some collective guilt about being well off and continue to align with the underdog, even if underdog groups are led by fervent anti-Israel radicals like Linda Sarsour, whom Bernie Sanders cozied up to in  a selfie recently. Sanders is typical of the Ashkenazi Paradox.

The embrace of “social justice” in largely Reform, Reconstructionist and Conservative synagogues has little to do with Tikkun Olam (heal the world) or Tsedakah (our tradition of being charitable), he says.  Instead, Podhoretz writes that “liberalism has become the religion of American Jews.”   He’s right.  In my view, we always side with the Underdog and vote as if the Cossacks are still chasing us.

I appreciate Mark’s positive attitude about Republicans seeking to “yank Jews from the clutches of the Left.”   He adds:

The Ashkenazi are by and large an exceedingly smart, politically active, and affluent group who provide much of the financial support and intellectual fire power of the Left.  Take away that support, and the Left will implode.”

I wish that were possible. Unfortunately, most liberal Jews I know are unwilling to even have a dialog with conservatives and are as intolerant and elitist as their gentile snowflake compatriots in the Left. They are blind to our true adversaries – the Obamas, Sharptons and Sarsours of the world – and think Trump is the next Hitler.

I personally think that seeking gains in the Jewish vote are about as fruitless as getting more of the African-American vote.  Yes, there is another group that sticks with the Democrats and gets nothing back.

I’d rather see the Republican Party, especially in Virginia, making serious inroads with Latino, Indian, Asian and yes, Muslim, voters, by backing legislative initiatives that help all of us.  These are growing voting blocs, especially here in Virginia.

Again I again thank Mark Jaworowski for his excellent columns here and bid you all Shalom!

Thoughts from another Member of the Tribe was last modified: July 12th, 2017 by Guest Contributor Ken Reid

Can’t argue or discount a single point you have made, and I especially agree with your assertion that Republicans are wasting their time trying to gain greater voter-share of groups who consistently vote against their own self-interests. Better to spend limited time, energy, and resources on groups that have demonstrated a willingness to be persuaded.

Thanks for the kind words, Ken. I am going to build on your words here and submit another article further addressing the Ashkenazi Paradox.

You did a great job the first time around! It’s one of those questions Jewish Republicans get asked all the time! I hope you read Podhoretz book, too. I wasn’t intending to “blog”: about it. I actually submitted a comment at first, but it was too long! Why are our people so verbose? 😉 Look me up some time if you’re in Loudoun! i would love to meet you! Zay gazunt!

Thanks. I actually took a Yiddish course at City College of New York! Why? To meet a nice Ashkenazi girl of course.

Yes! Thank you Ken for and excellent post. It explains a lot.

I’m not reading anything from Ken Reid until he apologizes for the Silver Line vote.