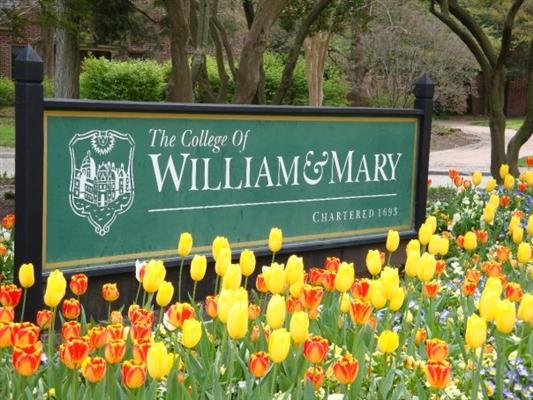 William and Mary College Â students are working to have the Williamsburg City Council pass a resolution welcoming some of the 10,000 Syrian refugees.

“The resolution would say that the city of Williamsburg would be willing to accept refugees were they to come,”

“We were trying to proceed in a legislative fashion,” Vollavanh said. “The mayor told us that probably wasn’t the best way to do it.”

The legislative coordinator at Amnesty International, Sam Steed, is a student at William and Mary. Steed said such resolutions have passed in a number of cities including, Durham, North Carolina, New Paltz, New York, and Kalamazoo, Michigan.

Steed believes the refugees to be mostly women and children who are vetted at the highest possible level. He is afraid the election of Donald Trump means a moratorium on immigration.

For a while, it looked like Hillary Clinton was going to win, and her plan included increasing the number of refugees to 65,000,” he said. “The president-elect has suggested a moratorium on Syrian refugees, so we might not see the influx we were originally expecting. Still, though, we think it’s an important issue.”

“These people are women, children, the disabled, the LGBT community,” he said, noting that no refugee has ever been charged with an act of terrorism in the States. “They are the least likely to be members of a terrorist group in any fashion.”

“This country has been the victim of a lot of terrorism. That has led some people to be fearful of the Middle East as a whole,” he said.

“These are people who are fleeing violence in their own countries. They aren’t the cause of it.”

Argh, what dingbats! Take a look at the refugees, they aren’t women and children. They’re indoctrinated young men, not victims.

Well, let’s be somewhat objective. There are two undeniable and unpleasant facts about Moslems. First, many Moslems are inbred because the Koran encourages marriage between cousins. It is estimated that 50% of Moslems worldwide are the product of marriages between either first or second cousins. Second, many Moslems hold disturbing views. For example, 50% of Moslems believe in death to those who leave Islam. Is it any wonder that Moslems and western liberals are a perfect match. Lliberalism is a mental disease after all. Of course, there are hundreds of millions of Moslems to whom this does not apply (my mechanic, my cardiologist, my kids’ oral surgeon, my work colleagues), but the mere fact is that massive Moslem immigration is problematic and causes more problems than it is worth.

And it is virtually impossible to distinguish good from bad. It isn’t just refugees but 2nd and 3rd generation Muslims who live in situations and attend mosques where the constant ideological message is Koran good and everything else bad. The kid who injured and killed people at OSU, the San Bernardino shooter, the guy who shot up the gay bar all had good jobs or good futures. Islam is the problem for Western civilization and appeasement doesn’t work.

I see another batch of students are for something that they don’t have to pay for. It’s so generous to do this with other people’s money.

Make sure to keep a running tab for the refugees, divide it amongst the college students, and add it to their tuition bill.

Those W&M students are a bunch of naive dopes. Too bad if the City Council listens to them; they have no idea what they’re getting into. For starters their tourism industry will take a big hit.

I can clue them in because unfortunately uber-liberal Charlottesville City Council welcomed these “refugees” with open arms and they’re already pouring into the area. To our detriment. Many of these refugees really do not know about indoor plumbing or what a toilet is for, and their sanitation/hygiene habits are non-existant. You can bet they go through NO health vetting so heaven knows what 3rd world diseases they’re bringing with them. Their unimmunized and illiterate children attend school and sit next to our children. They’re a huge drain on our infrastructure and resources. And all on our dime.

Here’s an interesting fact: the poor people already here resent the heck out of these newcomers! Because poor American citizens already on the dole see how much goodies the immigrants get; they’re jealous. And there’s that whole language barrier and clash of cultures. Understandably they don’t like their new neighbors going out in the communal yard, digging a small hole, emptying their bowels then and there into that hole and then covering it back up. How disgusting and vile. Expect soon we will have outbreaks of diphtheria.

This hell occurs here because our local Charlottesville City and Albemarle County governments are all-Democrat and our citizenry are asleep.

So enjoy your new refugees, Williamsburg!/sarc

It will also be a huge drain on healthcare resources. There are numerous incidents reported in Europe about not only sickness but also cultural problems involving doctors and nurses treating Muslim patients. Turns out Muslim men don’t like female doctors and resist having male doctors touch their wives and women folk.

Why is a college student a legislative coordinator for Amnesty International? My guess he is a Soros paid operative. Where are all the “investigative” journalists?

Keep the refugees out of VA. The insanity must stop.

Yep, it’s Soros all right. With a dose of Saul Alinsky. Probably part of AGENDA 21, too.

Where are the Christian refugees fleeing oppression? My understanding is that most are Muslims.

There are virtually no Christians within the refugee camps because the overwhelming Muslim population has demonstrated that they will kidnap and kill them. The last figure I saw on the subject was that there were less than 1% Christians in these refugee resettement groups.