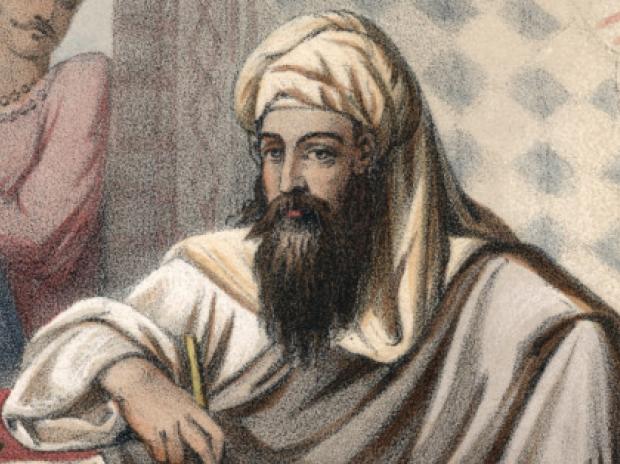 Religious Confusion: What is Islam Really All About?

Whole libraries of books have been written on this topic, so we’ll try to hit the highs (and lows), with emphasis on points of major confusion in 21st-century America. Most modern Americans have only a vague idea – or, more likely, no idea at all – of what the whole Muslim thing is about, so it shouldn’t be surprising that confusion exists about a religion that seemed very far away and historically passé until quite recently. During the 1940s, ‘50s and ‘60s, when I grew up, few Americans knew (or cared) about what Islam was (or wasn’t). The Russkies, Chinese and Cuban commies were our real problem. Islam? Who cared? The fact that some 1 billion people across the world were Muslims wasn’t thought important.

The word “Islam” is derived from the Arabic root “Salema,” meaning peace, purity, submission and obedience. In the religious sense, Islam means submission to Allah’s will and obedience to his law. But it is Islamic-style “evangelism” that’s the West’s real concern today. It doesn’t exactly include preaching, hymn-singing, praying, camp-meetings, or missionary hospitals. The altar of repentance is not, shall we say, a part of the Muslim “evangelistic” modus operandi. Instead, we see horrific images of helpless victims being beheaded by hooded executioners.

A big problem in the USA, understanding-wise, is that some contemporary politicians have promoted confusion about Islam by seizing on the word “peace” to create a Muslim legend for public consumption. Terrorist attacks brought down the World Trade Towers, damaged the Pentagon, and killed 3,000 innocent people on September 11, 2001. Each terrorist was clearly a practicing Muslim. But in widely publicized remarks immediately following the attacks, President George W. Bush called Islam a “religion of peace” – thereby attempting to assure some 3 million American Muslims and more than a billion Muslims, world-wide, that we are not at war with them or their religion. To this end, he included a Muslim cleric at the prayer-service held at the National Cathedral on September 14, 2001.

President Obama conflated this feel-good story by insisting that the terrorists who blow up marketplaces and murder innocent people are not true Muslims, but extremist-imposters who have “hijacked” a noble and peaceful faith. Mr. Obama’s policies demonstrated his firm belief that installing Islamic-compliant governments in Middle East nations would bring peace, stability and prosperity to this turbulent region – thereby enhancing American safety and security. This was a pillar of the Obama Doctrine. We didn’t realize it when he bedazzled us with his “hope and change” shtick, but it’s entirely clear now.

Propagation of this benign legend about Islam by Presidents Bush and Obama was somewhat understandable, politically, but it doesn’t line up with Islam’s unexpurgated history. From its very beginnings, in the early 7th century, Islam has been a militant religious movement of fire and sword – spreading “submission,”not by prayer and preaching, but by terror, force of arms and conquest. Yes, technically, Islam’s acolytes went about imposing “peace” of a sort. But it was the peace of the grave. Only complete submission to Islam and its law permitted any kind of peaceful living. Dissenters were likely to lose their heads. 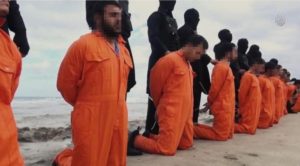 By A.D. 700, Islamic armies had knocked over most of the Middle East and North Africa, and were well on their way to dominating the Iberian Peninsula. Muslim-controlled territory included Jerusalem, which Christians regard as the Holy City of their faith.

Medieval Europe then was not today’s continent of powerful nations and rapid communication. It was still a disorganized gaggle of warring kingdoms and satrapies, where news traveled far more slowly than today. Thus, it was some time before European Christians learned that Muslims controlled Jerusalem. That realization inspired a European religious movement to free the Holy Land. Pope Urban II called for volunteers, and by 1096 a Christian army of knights, soldiers, serfs and peasants set off to wrest the Holy Land from Islamist control.

The Crusaders’ attack on Jerusalem in mid-1099 resulted in a great slaughter of Muslims, Jews and Christians living there. Crusader-forces finally captured the city in July 1099 and established the Kingdom of Jerusalem, the Principality of Antioch, and other new states under Christian control.

Predictably, however, the city reverted to Muslim control soon after the Crusaders pulled out. Over the next 200 years, eight more European-led Crusades invaded the Middle East – nine, if the Children’s Crusade of 1212 is included – but none gained the military success of the First Crusade. [1] Jerusalem remained under Ottoman/Muslim control until 1917. 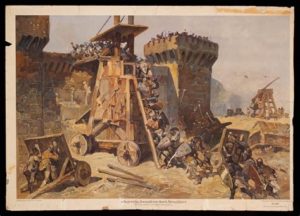 Because of the Crusades, the Turks formed the Ottoman Empire in 1299. Ottoman armies captured Constantinople (today’s Istanbul) in 1453 to cap their conquest of the Eastern Roman (Byzantine) Empire. By 1683, Ottoman armies were at the gates of Vienna (Austria). Following a two-month siege, they were defeated by German and Polish armies of the Holy Roman Empire.

After reaching this high-water mark, the Ottoman Empire gradually declined, although it still controlled large portions of the Middle East, including parts of modern Israel, Saudi Arabia, Syria, Jordan, Egypt, Morocco, Libya, and Iraq. In 1914 the Ottoman Turks allied their tattered empire with Germany and the Central Powers to fight the Triple Entente of Britain, Russia and France. The Turks defeated a 1915 British attempt to force the Dardanelles at Gallipoli, but they were ultimately driven from Palestine and Saudi Arabia by British and Bedouin forces – the latter advised by T. E. Lawrence (a.k.a. “Lawrence of Arabia”), a British officer who wore native garb and knew Arabian culture. The 1918 Armistice and subsequent Treaty of Versailles broke up the Ottoman Empire – apparently ending Islam’s 1300-year military dominance of the Middle East. 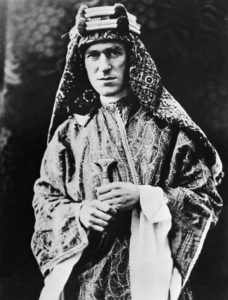 The Ottomans committed unspeakable atrocities in the First World War. The worst of these was the murder of some 1 million innocent Armenian Christian men, women and children – many of them tortured, raped and beheaded. Twenty-five years later, Adolph Hitler posited the Amenian genocide as the model for his Final Solution, which ultimately killed 6 million European Jews, Gypsies, homosexuals, communists, and other “enemies of the Reich.”

Many Muslims in the USA probably just want to work, raise their families and live like ordinary Americans. I’ve known some of them. They seemed OK. But polls consistently show high levels of support among so-called “moderate” Muslims for the violence of Islamic terrorists. This is not OK. Facts are notoriously stubborn things. The plain fact is that Islam’s “peace” has meant death to all infidels for 1,400 years, and there’s no sign that they have really changed.

In an entirely religious sense, a key aspect of American and European confusion over Islam involves the idea that Jehovah of the Jewish scriptures (i.e., the Christian Old Testament) and Allah are one and the same. Politicians and Muslim activists like to say, “We all worship the same God…” But the Rev. Tat Stewart – former missionary to Iran and leader of an American ministry to Iranian Christians – disagrees, and many Christian theologians concur. The Rev. Stewart notes that Allah was the Moon god – the highest of the 360 pagan idols worshiped in Muhammad’s home town of Mecca. When Muhammad founded Islam, he declared Allah to be the one true god, above all others. As Islam gained military success across the Middle East, Allah grew in importance – a kind of “local god makes good” story. The success achieved by the new faith’s warriors reinforced their conviction that Allah is indeed supreme.

The idea that Allah equals Jehovah God emerged around the 10th or 11th centuries (AD). It didn’t go very far for centuries, but as the Islamic revival of the late 20th century has expanded, this equation has gained traction. Islamists who desire legitimacy in the West use it to defuse objections to Islam held by Americans who still retain a strong disposition toward Christian worship, morality and practice. After all, if Allah and Jehovah are really the same, what could be wrong with recognizing Islam as a primary religion in the USA? That the supposed equality is a myth wouldn’t concern most secular Americans, who consider religion – like gun-ownership – an outdated idea from earlier, less sophisticated times.

A major obstacle to elevating Islam in the USA is Sharia Law – Islam’s legal construct for governing anything from a local community to an entire country. I’m no expert, but what I do know about Sharia informs me that it doesn’t square very well with the U. S. Constitution. Its treatment of women, definition of “crimes,” prescriptions for punishment, economics (e.g., prohibition of interest on loans), and rejection of American-style religious freedom wouldn’t match Americans’ concept of a just, decent, humane society full of people who deal truthfully with each other in their business- and social-interactions. (Muslims consider it lawful to lie to non-Muslims in the furtherance of Islam.) Sharia belongs to the 9th century, not the 21st. But we need to understand it because it might be our future if we’re not prepared to repel it.

Americans would do well to read the Koran [2] – although they will probably find it slow going. They’ll see that it is not a book of love and peace. It endorses holy war to achieve enforced submission or death of all “infidels” (i.e., unbelievers). These are Islam’s sworn mortal enemies. “Death to America!” is not a throw-away political line declaimed by some nutcake wearing a turban. It is a diktat of Koranic pedigree. For us, it should be a “fire-bell in the night” – a warning from deadly serious people. We need to pay attention and form our national policies accordingly.

Years ago, William Faulkner wrote: “In the South, the past isn’t being relived; the past isn’t even past…” He referred to the American South, but nowhere today is his statement truer than in the Islamic Middle East. American liberals love to wax nostalgic about “going back” to the great days of the New Deal or the Great Society. But countries like Iran are going waaay back: to Suleiman the Magnificent in the 16th century; to Islam’s armies marching from victory to victory. And they’re doing much more than just talk about it.

Americans today discount the Islamic threat because we don’t take religion very seriously. Our Muslim-sympathetic ex-president said climate-change posed a far bigger threat than terrorism. Americans sipping coffee at Starbucks can chuckle about “those lunatics over there.” We can mock them, or ignore them entirely – for the nonce. But if they really do get the Bomb, they could be crazy enough to use it. That won’t be so funny.

We need to understand that Islam is not just another religion. In case we haven’t noticed, it’s not Methodists crashing airliners full of people into buildings, or Presbyterians beheading unbelievers. Baptist pastors aren’t calling for holy war; Quakers aren’t sacking towns (not yet, anyway). Muslim true believers don’t think like we do. It’s a dangerous error to believe that they do. If we don’t wise up, we’ll learn that the hard way.

“Those who can’t remember the past are condemned to repeat it.” (George Santayana) 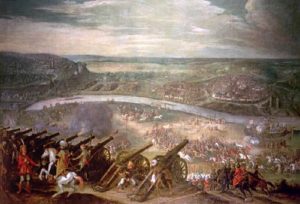 Ottoman Turks at the Siege of Vienna – July 1683

Religious Confusion: What is Islam Really All About? was last modified: July 3rd, 2018 by Woody Zimmerman
30 comments