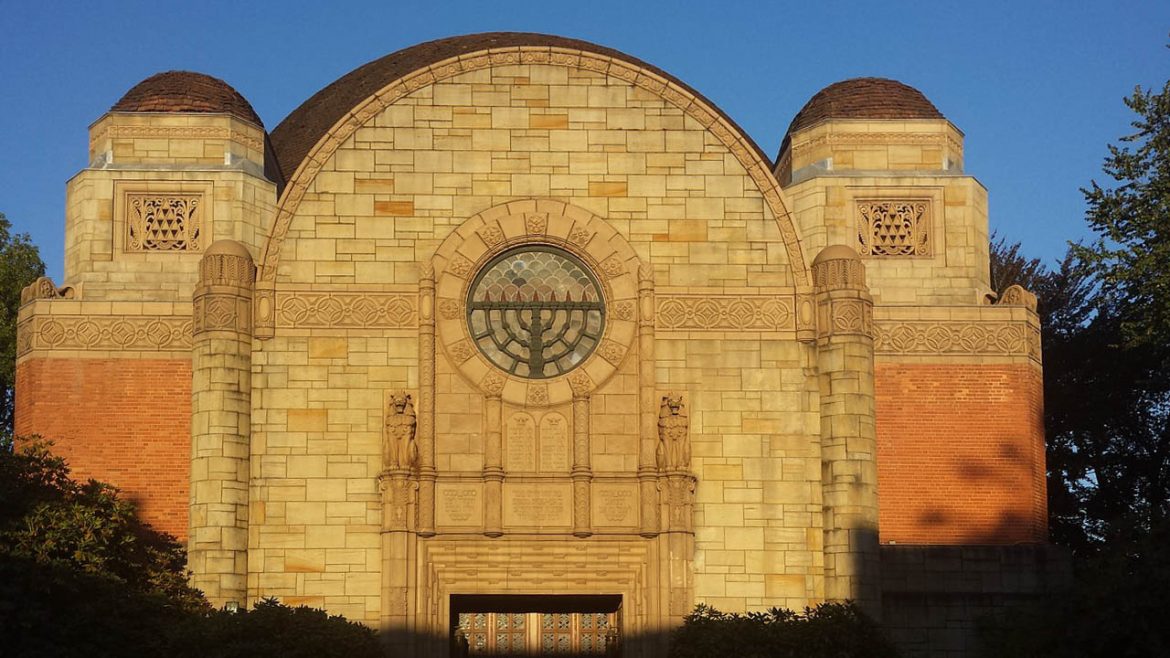 Jewish Values Line Up With the GOP

The Left’s long history of anti-Semitism is well known – from the Soviet persecution of Jews to FDR’s refusal to bomb the train tracks heading to the National Socialist (Nazi) death camps. Even today, statist leftists continue their secular crusade against the Jewish people and individual Jews for being Jewish.

A public high school in Democrat-controlled Fairfax County, Virginia recently celebrated anti-Semitic artwork. Representative Ilhan Omar has become a star in today’s Democrat Party, notwithstanding her repulsive anti-Semitic tweets. The Women’s March leadership embraced Louis Farrakhan and made historical accusations that Jews controlled the slave trade. Virginia Delegate Ibraheem Samirah even argued that giving money to Israel was “worse” than funding the KKK. Democrats, meanwhile, are silent in the face of this rising tide of anti-Semitism within their own ranks. And yet, these same Democrats continue to expect the Jewish community to stand with them.

While the Left pretends to champion diversity and inclusion, Jews have been expelled from gay pride parades just for being Jewish. Former London Mayor Ken Livingston, majordomo of the British Left, defended noted anti-Semite Jeremy Corbyn. “It’s not anti-Semitic to hate the Jews of Israel,” Livingston insisted. Major Democrat candidates for president decided to snub this year’s gathering of the American-Israel Political Action Committee (AIPAC). Today’s Democrats are no friends of the Jewish community.

By contrast, on issue after issue, Republicans are aligned with Jewish values. Democrats want to appease Iran; Republicans stand firmly against the nuclear ambitions of the Ayatollah’s regime. Democrats booed Israel at their 2012 national convention. Since then, Democrats have only gone further down the rabbit hole of anti-Semitism. Republicans have stood with the Jewish community and cheered President Trump’s recognition of Jerusalem and the Golan Heights as sovereign Israeli territory.

The affinity between Republicans and the Jewish community goes much further than the solidarity the GOP has shown by repeatedly standing against anti-Semitism. While in the 20th century President Ronald Reagan said that “the best social program is a job,” in the Middle Ages it was Maimonides who wrote in the Mishneh Torah, a seminal work of Jewish religious law, that the highest form of Tzedekah (charity) is helping another find a job.

On education, Republicans advocate school choice, a bold reform that would greatly benefit the disadvantaged, the middle class, and various communities who seek to pass on their unique religious and cultural values to the next generation. From charters to scholarship vouchers, the school choice movement offers real hope to families in economic distress, while giving taxpayers the best return on their educational dollars. In addition, school choice would enable Jewish families to give the next generation a Jewish education.

With the decades-long failure of district-run public schools to provide quality education to children of families mired in poverty, it’s a moral imperative embedded in the Jewish value of tikkun olam (repairing the world) for the Jewish community to support the school choice movement.

The sky-high price of Jewish schools and the data-driven proof that Jewish education leads to higher rates of Jewish identification and a lifelong commitment to Jewish community make it an existential imperative for the Jewish community to support school choice.

When it comes to national security, the Republican Party recognizes that violent extremists from within Islam have and continue to be a danger to Western nations in general and to Jews (in and outside of Israel) in particular. The Democrats’ response to Islamist terrorism targeting Jews around the world can best be summed up by former President Barack Obama’s reaction when he stated that the 2015 attack in France at a Kosher supermarket was not motivated by anti-Semitism but was “random”. While Democrats attempted to sweep Islamist terrorism under the rug, President Trump destroyed and defeated the Islamic State in its own territory.

While Democrats have gone down the road of blatant anti-Semitism, Republican values are in sync with Jewish values. From recognizing the thousands of years old relationship between Jerusalem and the Jewish people; to the value of employment as the highest form of charity; to education reform that both assists those in need and ensures there will be future generations of Jews; to stopping Islamist fundamentalists from killing innocents – Jewish values line up with the GOP.

Jewish Values Line Up With the GOP was last modified: May 5th, 2019 by Guest Contributor Fairfax County Republican Committee